Having more than 25 years of comedy experience, Bob Cates is a famous variety artist and an award-winning clean comedy act. He with his wife Jane co-perform at different corporate dinners, banquets& gala special events, the headline on cruise ships. Bob has been a former Canadian Juggling Champion.

In his show, he makes sure to demonstrate some amazing tricks, other than cracking incessant jokes to make his audience laugh their head off.

He is now among one of the few performers left in North America performing authentic plate spinning, their signature piece.

The tempo of the show is quite fast, greatly synergetic, squeaky clean. The use of situational comedy and advanced skills keep the audience of all ages on the edge of their seats right to the very end.

Since the mid to late 90s, Bob devoted full time and performed at every major Busking Festival in Canada, and fairs, festivals, and other private events. In 2000, he decided to perform on the cruise ship about 20 weeks a year for Holland America, Disney, and Cunard. Till today, his performances on cruise ships and schedule made headlines. Bob has been honored twice with the “Best Entertainer of the Year” award at the Molson Canadian F.E.O. Awards in 1999 & 2001. He was also awarded the Most Difficult Trick Award at the RIT New York Juggling Festival. Been nominated for Best Entertainer of the Year at 2007, 2008, 2009 & 2010 Canadian Event Industry Awards.

But his euphoric moment was when he was nominated two consecutive years for Best One Man Show at the 2006 and 2007 Canadian Comedy Awards.

This award is for many categories including, Best Stand-up Comedian, Best Improviser, and Best Television Performance.

Bob has been invited as a special guest performer at the Israeli Juggling Convention and several National Youth Conventions in the United States.

The Comedy in Motion show is much more than a stand up routine, and involves a great deal of physical skill which has taken years to hone. Some skills include advanced juggling, wild unicycling and balancing skills, Dance Dance Revolution while juggling, Chinese Yo Yo and cigar box manipulation, illusion, slapstick and frantic plate spinning reminiscent of the Ed Sullivan Show. He is one of few performers left in North America performing authentic plate spinning – his signature piece. Overall, the show is very fast paced, highly interactive and uses situational comedy and advanced skills to keep audience members of all ages on the edge of their seats right to the very end.

The Motion comedy show is not just a standup routine. Rather involves a lot of physical skills that require several years to refine.

The tempo of the show is quite fast, greatly synergetic, squeaky clean. The use of situational comedy and advanced skills keep the audience of all ages on the edge of their seats right to the very end.

How to book Bob Cates

“Bob’s comedic professionalism and superb juggling ability were much in evidence and greatly enjoyed by all present. I am pleased to recommend Comedy in Motion to any and all looking to significantly improve a corporate or private function through in evidence and fine entertainment.”
Tradebank Canada

“Bob has certainly mastered his craft as an entertainer. His moves are will rehearsed; the timing of his jokes is impeccable. He responds to television cameras like a pro, and covers himself well in any situation that he finds himself in (and he’s really funny!) Bob is extremely skilled and fascinating to watch…whether he is warming up, juggling knives, unicycling, working with the Diablo, or kibitzing with the audience. He keeps things upbeat, uses music to his advantage, and keeps things very well paced. I particularly enjoy that when Bob works with audience members, there are no put downs, or any embarrassing remarks directed at that person.”
City of Kitchener

We have received many, many compliments on your performance with the music and children’s participation. Thank you once again for your funny, lively, entertaining performance.”
Unifin International

“The show was a complete success every week! The turn-outs as well as subsequent comments were phenomenal. Your outstanding personality and ability to work with the resort’s clientele (people of all ages) are second to none. Your willingness to do the best job possible and go above and beyond the call of duty is unparalleled and has definitely left a lasting impression with everyone you have ever come in contact with here at this resort.”
Delawana Inn Spa & Conference Resort 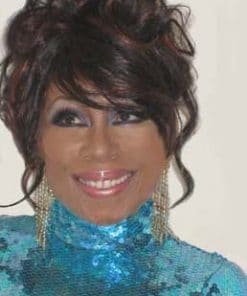 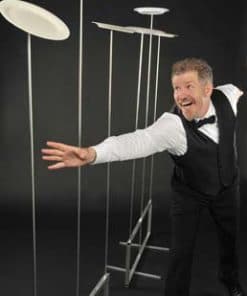 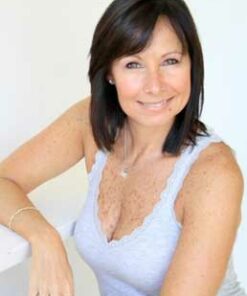