“Everyone had an invisible playmate when they were young, but mine used to talk back…and everyone else was able to hear him.” The ranting of a mad child? Not at all. These are the words of Brad Cummings when asked to describe his early fascination with ventriloquism. A fascination that would lead him to become one of today’s most successful and innovative ventriloquists.

Years of practice paid big dividends for Brad as he grew older. By the late 70’s, he packed his bags (which included his clothes, his toothbrush, and his dummies) and left the humble security of Wellesley, Massachusetts to pursue a career in show business. Soon after his arrival in Hollywood, Brad Cummings became a popular performer at some of L.A.’s most respected Comedy Clubs, including ‘The Improvisation’ and ‘The Ice House’.

The early 80’s gave this now seasoned performer a chance to expand and travel with his much sought after act. He was hired as an opening act for such stars as Dorothy Hamill. In addition to these tours, he also starred in main showroom revues in Lake Tahoe, Reno, Atlantic City, and Las Vegas.

His many television appearances (Evening at the Improv, Comedy on the Road, Caroline’s Comedy Hour, Comic Strip Live, The Vicki Show, etc.) have allowed millions of people to witness his ground breaking style of ventriloquism.

Brad Cummings has appeared in commercials for Burger King and Andiamo Luggage, and has been seen on the “Merv Griffin Show,” “Hawaii Big Laff Off,” Finalist in the Los Angeles Stand-up Comedy Competition aired on Showtime, “The L.A. Kid” on CBS, “The New Vaudevillians III” on The Disney Channel, and on FOX’s “Comic Strip Live” and “Comedy Express.”

Brad’s flawless technique has been praised by reviewers and peers alike. His act stresses originality and clever approaches to his art whether he’s spoofing a soap opera, thinking out loud, or working with dummies who have personalities quite unlike those of any other creations being seen today. With his innovative approach, unusual characters, and unique presentation, it’s no doubt that he is now a recognizable face in the media.

Because of his breaking with the traditional ventriloquist approach, Brad has become a favorite at corporate meetings and conventions, entertaining such companies as Fujitsu, Toshiba, and even some American sounding companies. As a result of this overwhelming success, Brad Cummings now speaks with the voice of experience… and a good part of the time without even moving his lips! Brad Cummings is the definitive crowd pleaser! No wonder the prestigious SMITHSONIAN MAGAZINE called him “one of today’s top ventriloquists”

“Thank you very much for providing the entertainment for the Clark Memorial Hospital Recognition Banquet in Louisville, KY. Our team members are still telling us how much more they enjoyed this year’s entertainment than any we have had in the past several years. I feel your talent, your humor, along with Rex and the audience participation in your act made our event a huge success.”
Toshiba America Information Systems

“Your performance at our Contractor Expo was marvelous. Our nearly five hundred contractors and guests were thoroughly amused and entertained. The audience participation and the references to the local area made it even more enjoyable to all. Accomplishing this and not offending any of our clients was a great feat. You are a true showman. Rex was awesome as well.”
Mortimer Lumber

“Thanks for the great entertainment you provided for our OneAmerica Business Conference. Your show was a great wrap-up to our incentive trip and every attendee that I spoke to had only positive comments. Super job Brad!”
OneAmerica

“Thank you for arranging to entertain at our recent conference. You exceeded my expectations and were a tremendous success. Rex is truly a unique little dinosaur and has such a delightful personality. Everyone in the audience loved him in the first two minutes and he completely captivated our hearts. Your talent is incredible! Many years ago I sat on the front row for an Edgar Bergen and Charlie McCarthy show. I thought he was marvelous but he definitely can’t compare with your quick mind and the abiity to ad lib at will. Audience participation was so appropriate and the person you selected to be your live dummy was the perfect one. You obviously read your crowd extremely well. Thank you again for being a great finale for our conference.”
Caselle 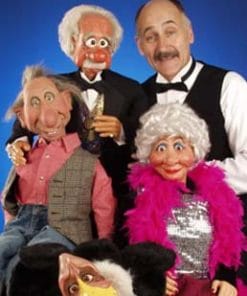 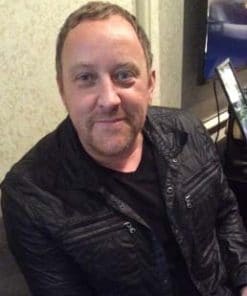 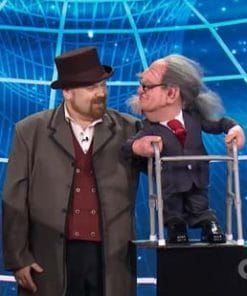 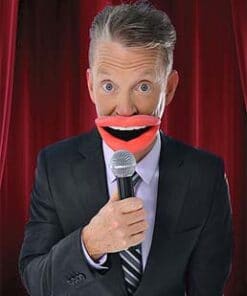 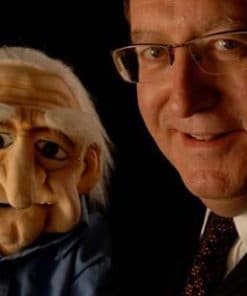