Brent began doing stand-up comedy in 1988. When he was 20, a comedy club opened up in nearby Saskatoon, and Brent moved to the city to pursue a career in humour. He moved through the ranks incredibly quickly, and within four months of his first amateur night appearance, he was offered a tour on the road. After a year he was headlining in Toronto, and after only 4 years, he was showcased in his own gala performance at the world’s largest international comedy festival Montreal’s JUST FOR LAUGHS. Brent lives and works out of Vancouver, on Canada’s West Coast.

Brent Butt’s career, which was the subject of an episode of the cultural affairs program ADRIENNE CLARKSON PRESENTS, is an interesting one. Brent has become a regular at JUST FOR LAUGHS as well as appearing on numerous national and international television programs. Aside from his own national special BEDTIME WITH BRENT BUTT, he has been seen on A&E, HBO, CBC, CTV, and Global. His one-hour TV special entitled COMEDY NOW- FUNNYPANTS earned him a Gemini Nomination in the category “Best Comedy Performance”. He was named “Best Male Stand-Up in Canada” at the 2001 Canadian Comedy Awards and was subsequently selected to represent his country on the WORLD COMEDY TOUR in Australia. He followed that by hosting the JUST FOR LAUGHS ASIAN TOUR in Singapore. His invitation to appear on the CBC 50th Anniversary Special entitled ALL-STAR COMEDY HOMECOMING secured his reputation as one of the funniest people in the country, as he performed alongside the most noted comedic minds from the past 5 decades of Canadian entertainment.

Over the years, Butt, who claims he never went after an acting career, landed bit parts in various productions such as 2000’s DUETS, starring Gwyneth Paltrow, the Bob Saget directed TV movie BECOMING DICK, and episodes of THE KIDS IN THE HALL, THE X-FILES (1998) and MILLENNIUM (1997) and COLD SQUAD (2003).Brent was one of the select performers chosen to represent Canada at the world’s largest international comedy festival, Montreal’s Just For Laughs.

Brent was the creator, star, and executive producer of the hit new comedy series Corner Gas on CTV. Corner Gas drew over a million viewers every week, and garnered rave reviews from critics coast to coast. The series is set in the fictional town of Dog River Saskatchewan, and focuses on the life (or lack thereof) of gas station owner Brent LeRoy, coffee shop proprietor Lacey Burrows, and the folks who populate the area. On Oct.5 2004, the second season opened with the largest viewing audience ever – 1.53 MILLION VIEWERS! Corner Gas went on to become Canada’s #1 comedy, broadcast in over 26 countries including the US and airing for six seasons.

Brent is the creator of CTV’s sitcom Hiccups which starred himself and Nancy Robertson. They made 26 episodes of Hiccups, winning multiple LEO awards along the way.

Brent Butt is often referred to as “one of the funniest men in the country”. His unique brand of stand-up comedy has taken him from coast to coast many times over, performing in every province in Canada. Brent learned to get people’s attention at an early age; as the youngest of seven children you do what you can to get noticed. He claims his entire family to be hysterically funny, and that proved to be the training ground to cultivate his humor.

Brent Butt is at the top of the Canadian comedy game and he is a stand-up comic for all occasions. His act is clean, inoffensive, and positive. As well, his relaxed, casual style combines with a firm sense of the ridiculous, to create hilarious performances people are talking about from coast to coast. Whether it’s a dark and twisted alternative show in some seedy nightclub, a polished performance for a thousand seat theatre, or after-dinner entertainment at corporate functions, Brent Butt’s comedy always hits the mark.

How to book Brent Butt 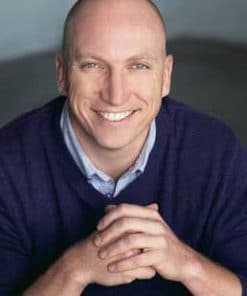