Donna’s childhood was not a typical one. Her father was in “Retail” and was transferred frequently. Because Donna traveled often as a child, this type of life became normal for her and she continues to travel to this day because of the entertainment business she has chosen. After leaving home, Donna settled in the small village of Thessalon, Ontario. She resided there for 3 years and was extremely successful with her small bakery business which she operated from her farm house situated on 160 acres of land. She then moved to Sudbury to live and work with her sister. It was here that she was surprised and pleased to receive compliments from strangers commenting on how she looks like “Shania Twain”. Even Shania Twain had commented that after seeing a poster of Donna, “I thought that was me!!! Donna is the best ‘Shania Twain Tribute out there.”

Donna put in countless hours practicing to sing like Shania, watching her videos over and over, studying to emulate her moves and the way she presented herself. Donna met with an agent in the music business and after listening to her sing, and not to mention her uncanny resemblance to one of country music’s most beautiful and successful women, it was obvious that Donna was about to embark on something that would change her life forever. They worked to put a band together, practiced for a few months, and the rest is history. Donna has been on the road since March of 1996 as the most successful Tribute Act in Canada and throughout the United States and Europe. She has also recorded a song duet with Canadian Recording Artist John Mackintosh. Just out as well – a CD of Donna’s own called “Donna Huber – Bring It On”. There has been work on a music video (Cameo) along side Canadian Recording Artist Beverly Mahood. She has been featured on The Jenny Jones Show. She is going to be featured in upcoming movie with Dolly Parton (Christmas Wrap). She has also been featured on National Enquirer TV.

Donna says of her tribute to Shania Twain: “If I had the opportunity to speak with her again I would thank her and tell her how much I appreciate that she has encouraged me to sing her songs. Because of her I have a very wonderful fulfilled life. THANK YOU SHANIA TWAIN!”

Other appearances have included:

Shania Twin is one of the world’s busiest tribute artists for corporate functions, major fairs, festivals and exhibitions. What sets her apart is her overall performance and the energy she brings. She connects with the audience and keeps the audience really involved.

How to book Shania Twin

“I’m flattered that she is doing a tribute to me and I’m hearing great things about her”
Shania Twain – Timmins, ON

“People thought she was the real Shania”
Canadian National Exhibition – Toronto, ON

Come On OverMan! I Feel Like A WomanLove Gets Me Every TimeHoney, I’m HomeThe Women In MeAny Man Of MineIf It Don’t Take TwoYou Win My LoveDon’t Be StupidRock This Country!That Don’t Impress Me MuchBlack Eyes, Blue TearsI Won’t Leave You LonelyYou’ve Got A WayWhenIf You Want To Touch Her, Ask!Whatever You Do! Don’t!If You’re Not In It For LoveStill The OneHome Ain’t Where The Heart IsNo One Needs To KnowFrom This Moment OnWhat Made You Say ThatGotta Hold On MeRaining On Our LoveIs There Life After LoveGod Bless This ChildDance With The One Who Brought YouWhose Bed Have Your Boots Been Under 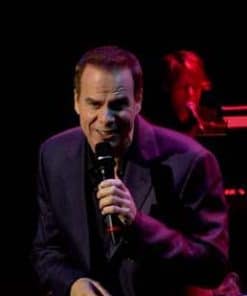 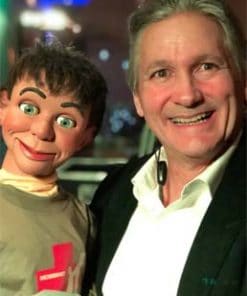