Comedian Who Has Charmed And Joked Her Way To The Top Of The Canadian Comedy World.

Erica’s first exposure to stand-up was watching Johnny Carson. And while she didn’t decide right at the moment to be a comic, the seed had been planted in her seven-year old mind. After watching the comedian perform, Erica wrote her first joke: “What can a person in a wheelchair never be?”… Answer: “A stand-up comic.” (Ha, ha.)

Vancouver comedian Erica Sigurdson has since refined her technique and delivery and is now best known for her entertaining banter on CBC Radio’s smash hit The Debaters. Erica is in high demand for film, television and live appearances. In 2007, Erica was awarded a Leo Award for Best Comedy Screenwriting along with co-writer Peter Kelamis, for their writing on the 21st Annual Gemini Awards. In 2007 and 2008, Erica was nominated for a Canadian Comedy Award for Best Female Stand-up in Canada.

Erica Sigurdson has been performing stand-up across Canada for more than ten years, has traveled to Afghanistan to entertain the troops, and was a semi-finalist in the Seattle International Comedy Competitions. She regularly contributes―both in writing and performing―for CBC Radio’s The Debaters, The Current, and Definitely Not The Opera. Erica worked as a story editor on season one of the new CBC comedy Mr. D. She has also written for a CTV television variety-show pilot.

In addition to her 27 appearances on The Debaters, Erica Sigurdson has recorded 5 television specials in 2013 alone. Fun, quirky, and right-on-point, Erica shows us how to see―and embrace―the humour in everyday life.

Described as a sugar-coated razor blade, Erica Sigurdson is a dominating force in the Canadian Stand-up Comedy scene. Erica has a darkness to her sense of humour that she tempers with a little smirk.

Since entering the stand-up scene in the summer of 2000, Erica Sigurdson has been unstoppable. Her charm, wit and hilarious stand-up comedy have won her fans across North America as well as the respect of her peers and interest from industry. For your next conference or retreat, why not book with confidence and hire a performer who brings over ten years experience and a level of professionalism that allows you to rest easy, sit back and enjoy the show.

How to book Erica Sigurdson

“The event was a hit … so glad we were able to secure Erica. The feedback was really positive and we were happy to see such a large attendance despite March break. Thank you for all of your help to plan and be there for support.  Take care and hope to work together again soon.”
Melena

“She was great………had all of us, as someone put, “Belly laughing”. Would recommend her again…….very much so. Thank you!”
Regina Chamber of Commerce

“Erica’s show was wonderful. Erica touched base on the day of the show and that was extremely appreciated. Just confirming everything, that she got in and so forth was a such a relief.”
BC Foster Parents Association

“Erica was wonderful. Thank you so much for recommending her.”
Sask Power

“Erica similarly destroyed the crowd later that evening. And we made sure she knew it. 45 minutes of wonderfully tuned-in; on-point humour. Again top marks!”
IBABC

“Our event was absolutely wonderful. Erica was such a pleasure to work with, hilarious and adapted her act as she went to suit our employees. She really worked hard to make our event a success and I would not hesitate to work with her again or recommend her to someone else.”
Pacific Blue Cross

From His Humble Beginning In A Pub To Headlining His First Club, Lars Has Compiled An Impressive List Of Comedy Credits And Has Received Countless Awards. 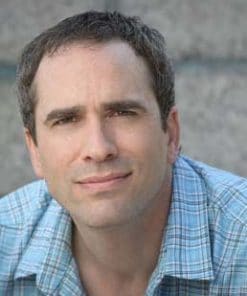