Joan McCusker believes it is ordinary people who do extraordinary things. Through her experiences as a teacher, mom, world champion curler, Olympic Gold Medallist and CBC Commentator, Joan has collected a number of observations on the attitudes that propel ordinary people to build extraordinary lives. With a big smile, plenty of humour and tons of Olympic examples, Joan McCusker explains the type of attitude and teamwork that builds success in every aspect of life.

Her first example is her own journey. Joan McCusker was part of a curling foursome that dominated the world of women’s curling in the 1990’s. With her teammates, Sandra Schmirler, Jan Betker and Marcia Gudereit, Joan won three Canadian and three World Curling Titles in 1993, 1994 and 1997. While balancing young families and careers, the team rallied in the fall of 1997 to win the Canadian Olympic Curling Trials and the right to represent Canada at the Olympics. These victories prepared them well for their greatest achievement: a Gold Medal at the 1998 Winter Olympics in Nagano, Japan!

Such extraordinary events to happen to such an ordinary person! Joan and her six brothers and sisters were raised on the family farm near Saltcoats, Saskatchewan. It was a busy and active family that supported her first successes in school and sport. She graduated from the University of Saskatchewan in 1987 with a Bachelor of Education. She taught a wide variety of grades and subjects over ten years. She is married to Brian McCusker and has three children aged 15, 10 and 8. She resides in Regina, Saskatchewan.

Joan joined the CBC Sports Curling telecast as a commentator in 2001. She continued to curl competitively with Team Betker who placed fourth in Canada in 2003 and in the Canadian Olympic Curling Trials in December, 2005. She volunteers her time to charity and is an active member on the Board of Directors of the Sandra Schmirler Foundation. She resigned her teaching position in 1998 to dedicate more time to being a mom, curler, broadcaster and motivational speaker. Joan’s travels have shown her successful people in all walks of life. She sees the parallels of sports psychology and successful strategies used in business, community and family. Joan has plenty of examples of ordinary people doing extraordinary things!!

Her presentation style is light and humourous, but her message is clear.

All presentations have the option of including:– Olympic Gold Medal Display– Olympic Jacket Fashion Show– 1998 Olympic Gold Slide ShowCharacteristics of Successful People
This is my most requested speech.  After years of traveling the world  with competitive curling, Joan shares her observations on common characteristics of successful people.  The message is clear and the presentation is light and often humorous. Ordinary People Do Extraordinary Things
Many “famous” people are very ordinary.  They do extraordinary things because of their work ethic, commitment to goals, attitude, use of team, etc.Olympic Sized Teamwork
How can we apply sports psychology to the workplace, our communities, our relationships, and our lives??  The answer lies in the development of a team perspective.  Who is on my side?  How can we work better together?

Winning Attitudes
In business, in sport, in life, attitude is everything!  Joan gives her interpretation of Dr. Dennis Waitley’s Olympic Attitude Rings.  Many examples are drawn from Joan’s experiences as an athlete, teacher and mom.Preparing to Win
Athletes in Training – This is an athlete/coach/performer specific speech.  Joan breaks down the ideal performance into preparation, performance and post performance areas.

Curling Tales
Sports Banquets – This category includes celebrity sports dinners or entertainment only type events.  Joan relates humorous stories about her team and individual experiences that were had while chasing curling dreams.

“Your presentation to our employees on Sat. Sept. 27 was timely & conveyed the message we wanted: put a smile on & you are in charge of your attitude. All staff thoroughly enjoyed your message. I am hearing a lot of good comments from all levels of employees, like: “It was so fun”…”The time just flew by”.  Your words are being quoted and discussed amongst employees.  I have to confess, I quoted you in a toast to SunRise, by saying, “Here’s to ordinary people, doing Extraordinary things!”  Your presentation has helped our efforts toward team building in our merger of 5 organizations. I have no hesitation in providing a recommendation to yourself for your services as a motivational speaker. Feel free to use our name as a reference in the future”. Sunrise Credit Union Merger“I just wanted to drop you a note to let you know how exceptionally well received your keynote presentation was.  I have been going to these things for 16 years and you are the only one who has received a standing ovation!  You ended our conference on a super high note, which is exactly what I wanted for our group. Nurses struggle every day with burn out and stressors that the public has no concept of. You were able to make them laugh and forget it all.  Thank you so much for your wit, openness and laughter, I know under the circumstances it must have been very difficult for you”.Canadian Society of Gastroenterology Nurses and Associates“The Co-operative Managers’ Association held its 50th Annual Conference recently at the Fairmont Hot Springs Resort. We were privileged to have Joan McCusker as the closing speaker. Speaking to an audience of 175 persons, Joan provided an entertaining and inspirational presentation on “Characteristics of Successful People.  Joan uses herself as an example of personal growth from small town Saskatchewan to becoming an Olympic champion. Her presentation was fast paced, humourous and uses many anecdotes of life as an Olympian. Her presentation was followed by a lively question and answer session that she handled extremely well. Following in her presentation she displayed her curling wardrobe and Olympic Gold Medal which was modeled and photographed by many in the audience.  Audience evaluation of her talk indicated 90% felt it exceeded their expectations with comments such as ‘excellent choice, wow! Awesome, and Fantastic’. We do not hesitate in endorsing Joan as an excellent and stimulating speaker”.Co-operative Managers’ Association 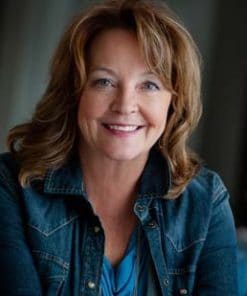 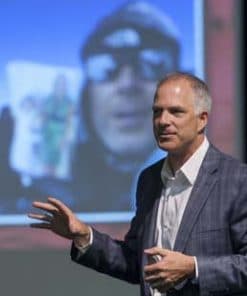 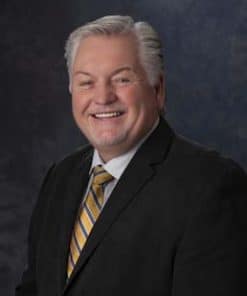 Built A Multi Million-Dollar Company From The Ground Up On The Same Philosophy He Expounds To His Audiences. His Motto Is Straightforward: “If You Take Care Of People, The Business Will Follow.” 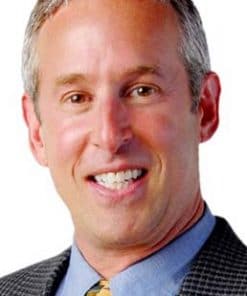 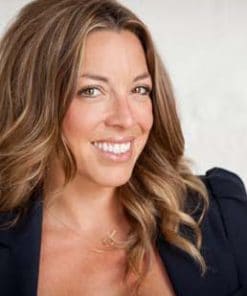