Anthony Calvillo has been a Leading Passer in the Game of Professional Football, acclaimed as a Canadian football league legend. He has won the Canadian Screen Awards, 2014 for Best Documentary Series for the Kid by La Puente.
Although, he is a former Canadian Football League quarterback. He has also been the leader of all-time professional football passing yards and first in all-time CFL passing yards.

During his shining career, He has passed for over 70,000 yards. He is also one of four professional quarterbacks to complete over 400 touchdown passes.

Anthony Calvillo is available to hire for virtual presentations, contact us to book.

One Team One Goal

What is your drive

College Career
Calvillo spent two seasons at Mt. San Antonio Junior College before transferring to Utah State University in 1992. After a solid junior year as starting quarterback, he had a terrific senior season in 1993. He set a school record with 3,260 yards of total offence in the regular season, and he also set a school record with 5 touchdown passes in a single game (he did it twice). With Calvillo leading the offence, USU won the Big West Conference championship for the first time since 1979. The Aggies finished the year with a 42-33 win over Ball State in the Las Vegas Bowl; Calvillo passed for 386 yards and 3 touchdowns to win MVP honours. It was Utah State’s first-ever bowl victory.

Anthony started his Canadian Football League career in 1994 with the US expansion Las Vegas Posse. After the Posse folded a year later, Calvillo was selected first overall by the Hamilton Tiger-Cats in the dispersal draft. While in Hamilton, Calvillo served as a backup quarterback to players such as Steve Taylor and Matt Dunigan.
In 1998, Calvillo signed as a free agent with the Montreal Alouettes, where he became one of the most outstanding CFL quarterbacks in history. He led the Alouettes to the 2002 Grey Cup for the first time in 25 years, where he was named the most valuable player in the game.
During the 2003 CFL season, Calvillo broke numerous Montreal Alouettes passing records, completing 408 of 675 passing attempts for 5,891 yards and 37 touchdowns. In 2004, he became the fourth quarterback in CFL history to pass for more than 6,000 yards in a single season (Doug Flutie, David Archer, and Kent Austin being the other three), earning him the East Division nomination for Most Outstanding Player for the third consecutive year.
The 2008 CFL season saw him hit a number of career milestones. On June 26, in a game against the Hamilton Tiger-Cats, Calvillo surpassed Danny McManus to become the second-all-time leading passer in the CFL. On July 31, in another game against the Hamilton Tiger-Cats, Calvillo became the fourth quarterback in league history to reach 300 career touchdown passes. On August 15, in a game against the Toronto Argonauts, Calvillo became the second quarterback in CFL history to reach 4,000 career pass completions. Calvillo led the Montreal Alouettes to the 2008 Grey Cup final, which the Alouettes lost 22-14 to the Calgary Stampeders. Despite the Grey Cup loss, Calvillo still won the 2008 Most Outstanding Player award.

In 2009, Calvillo added to his club records while reaching more CFL milestones. On July 23, 2009, he surpassed Canadian Football Hall of Famer Ron Lancaster’s 334 career touchdown passes to move into second place all time. He sat out two games during the regular season, but still accumulated 4639 yards while posting a remarkable 72.0% completion rate, the second best single-season completion rate in CFL history behind Dave Dickenson’s 73.98% mark set in 2005. Calvillo led Montreal to a comeback victory in the 97th Grey Cup on Nov. 29, when the Alouettes defeated the Saskatchewan Roughriders on a last-second field goal.

Calvillo won his third Grey Cup on November 28, 2010 at 98th Grey Cup in Edmonton, Alberta. He added to his record total of passing yards in Grey Cup games with 2470 yards, as well as setting the record for Grey Cup starts with eight. As of the 2010 CFL season, Calvillo is 3-5 in Grey Cup Championship Games.

In a post-game interview, he revealed that he would be undergoing off-season surgery to remove a lesion on his thyroid that was discovered after he injured his sternum during the season.On December 21, 2010, it was reported that Calvillo had successful thyroidectomy surgery toremove a cancerous lesion. 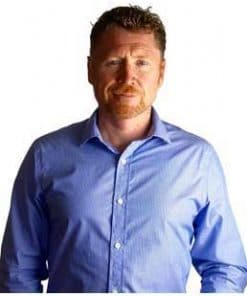 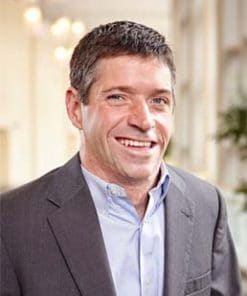 John O’leary Was Expected to Die. Today He Teaches Others How to Truly Live. 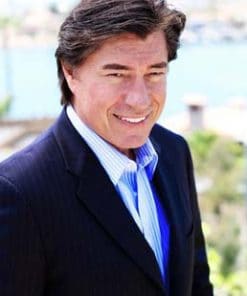