In the winter of 2006, A new passion for sports was born in Curt’s vision …Snowboarding. Curt’s good friend, JP Martin, convinced him to try the sport and assured him he would love it. As soon as he had the edges worked out, Curt was a natural and was maneuvering jumps and high speed carving. Instantly, Curt was addicted and started seeking job opportunities in British Columbia so he could take in all that the Canadian mountains had to offer. In July of 2008, Curt had secured a job in Invermere, British Columbia a small community in the Rocky Mountains of Canada.

On September 13, 2008… only three short weeks after starting his new job in British Columbia, Curt’s life was forever changed. That warm, fall day began like an other day as the skies were cloudless and the mountains glistened. Curt and his crew were working on a 25,000-volt overhead power line. One side of the overhead structure was energized while the other side was isolated with only one of the conductors being grounded, when his co-worker came into contact with an energized 14,400-volt power line. As electricity is always searching for the closest path to ground and Curt was that unfortunate source, as he had both hands working on a grounded conductor. The amount of electricity that may kill a person is only 0.5 amps (50 milliamps), and 0.1 to 0.2 amps can be lethal under certain conditions, and typically cause severe burns and/or unconsciousness. It was later discovered that Curt was electrocuted with 5 amps or 500% more current than a human can normally survive. Curt’s body was burning alive from the inside out and struggling to hold on as his organs were beginning to shut down. The electricity had forged a path through his vital organs and exited both hands, while heating up his organs and blood to 400 degrees Celsius/700 degrees Fahrenheit. Curt was dying… If it hadn’t been for the quick response of onlookers, dispatched paramedics, Doctors & Nurses at Invermere Hospital, STARS Ambulance Services the Calgary Foothills Burn Unit, and Dr Nickerson… Curt wouldn’t be alive to share this inspirational journey. Curt not only almost died from the initial electrocution but also had two other brushes with death while in the Burn Unit.

A new and adaptive future was in store for Curt, but he had many hurdles along the way. As one can’t imagine, being so independent and capable to becoming relying on all around him to assist in daily living, Curt then began to mentally struggle and start reliving components of his dark accident. He was diagnosed with Post Traumatic Depression Disorder (PTSD). This phase of his recovery was a trying period but once he was able to come to terms with his newly adapted lifestyle the opportunities were endless and he began to gain momentum.

Curt then started on the journey of living a healthier and active lifestyle, while slowly beginning where he was strongest…. on the ice! The Passion for hockey was reborn and could be seen playing 5 times/per week. The challenge was trying as he had to relearn aspects that used to be so natural prior but were now so foreign with a prosthetic attachment. Curt never gave up and continued to work harder on his weaker components to his game but channeling his stronger skill sets. Dean McAmmond, a retired NHL hockey player was a huge asset in Curt miraculous comeback on the ice, with months of intense training, he was ready for his debut. Curt was then invited to the National Amputee Hockey selection camp in Toronto, Ontario where he would compete with over 60-70 amputees with similar disabilities. After a few more selection camps he was selected to represent Canada as a part of the 2012 Canadian National Amputee Hockey Team. The Canadian National team went to Tampere, Finland where they would go onto win the World Championships and be crowned with the Golden title. This was a defying moment for Curt and made him realize that his disability had no limitations.

Representing Canada and becoming a World Champion was an extreme honor for Curt, and felt as if there was more left in his journey to accomplish. Curt embarked on a new path in February 2016… Para Snowboarding!. He received an invitation from Canada Snowboard to compete in the NorAM Cup’s and World Cup’s at Big White where he won 2 Gold medals (Snowboard Cross & Bank Slalom) in his first ever competitions in the sport.! Later that week, he placed 6&7 in World Cup events. Beginners luck some might say! These podiums led him to the 2016 Speed Nationals in Quebec where he took Gold in the Para Upper Limb Category and becoming the National Champion.

Canada Snowboard selected their National teams in June 2016 and Curt was selected to the squad. In Curt’s full season in the World Cup circuit, he finished off 6th overall in the world. Some highlights of the 2016-2017 season were: Bronze podium in the Pre-Paralympic Test event in PyeongChang, South Korea and winning Gold again at 2017 Canadian Speed Nationals and becoming a two-time Canadian National Champion. He proudly represented Canada at the 2018 Paralympic games in PyeongChang, South Korea.

Curt is not only a Canadian athlete, but inspires and motivates thousands of people around Canada and abroad as a Motivational Speaker.  He shows how one’s worst nightmare, can be a true Canadian dream!! Curt lives by a simple moto… “Results are Limitless… if you Believe in yourself!”.

From Tragedy to Triumph!

In September of 2008, Curt was involved in a electrical contact accident. That warm fall day began seemingly like any other, yet a series of missed barriers led to Curt being electrocuted with 14,400 volts of electricity. Curt’s body struggled to hold on, after 5 amps of electricity had forged their path of destruction. However, his will to survive was much stronger. With insurmountable odds against him, Curt was determined not only to survive such a tragedy, but also to thrive. Curt’s story and his determination to conquer the odds are as impactful as they are inspirational! Curt’s narrative of his journey from being able bodied to an individual with different abilities is inspirational and entertaining. Curt shows how one man’s worst nightmare can become another’s dream.

Not only does Curt believe in pushing personal limits of inner determination, it also empowers work environments of the importance in safety, in the hopes to save just one life or accident in the workplace.

“The presentation really hit home. To have a powerline technician delivering such a strong message, one that everyone relates to, has created a heightened awareness amongst SaskPower employees. The message you provide fits into SaskPower’s strategy and direction to ensure barriers are identified in all hazard and risk assessments. Ensuring everyone is responsible for their own safety and the importance to speak up when they identify an issue with a procedure is a huge message and you drove that point home numerous times throughout your presentation. Family and safety come first. Great Message! ”
SaskPower

​”In my 30 years in the Electrical Utility Sector I’ve never seen a more well received presentation by our staff. Curt’s candor made for an incredibly powerful message and his ability to create an honest dialogue between himself and his audience made it even more meaningful. I would strongly encourage you to have Curt deliver his message to your staff. You will not be disappointed!
EnWin

“I have had the great opportunity to attend the presentation twice now, and I am still very moved by Curt and his story. I think any company that wants to drive home a Safety Message to it’s employees, should book a presentation. It will be well worth it. I am friends with Curt’s father and he is usually present at Curt’s local presentations, and even hearing the impact on the family, I still can’t imagine the pain and anguish. Curt is truly inspiring!!
Weyburn Safety Supervisor 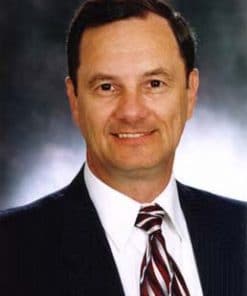 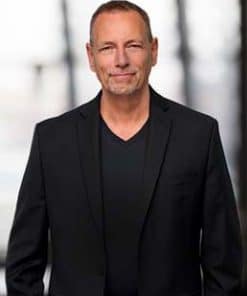 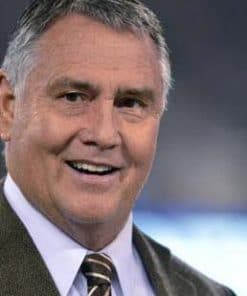 Former Dallas Cowboys Quarterback, Become the Leader You Were Meant to Be & Exceed Your Potential